No one will ever accuse Angelique X Stacey of squandering her many talents.

A seasoned musician whose vocals have soared over San Francisco crowds for two decades, her eclectic repertoire flirts with several genres. Her powerful, seductive voice is accompanied by the mastery of several instruments, hand and rod and marionette puppeteering and building, modeling, tattooing, and at least a working knowledge of just about anything artistically expressive.

When skimming her diverse resume of performances and accomplishments, it's almost easy to miss what is easily one of her most compelling artistic endeavors–Commissioned Memento Mori Portraits, using the ashes of the deceased companion.

Provided with the photo of a person (or pet) that has expired as well as their cremated remains, Angelique sketches out the portrait, then recreates their likeness using acrylic or antique mortuary make-up as a media, ashes included.
A firm believer in the afterlife and the spirit world, Angelique has always had a strong rapport with death. That connection deepened with the sudden passing of her best friend Heather, who Angelique has canonized on a 16x20 canvas.
We had questions. We had deathy questions, artsy questions, nosy questions.


Tell us a little about Heather. Was she your first Memento Mori painting?

Heather was my best friend who died in a car accident Nov. 5th 2001. She is the first portrait painted that I have kept, but not the first to be painted.

That goes to my Uncle Charles, I painted a portrait of him for his 80th birthday and gifted it to him. He passed away soon after, a beloved Navy veteran and Mason who also work for the SFPD.

I had originally planned to start with my Aunt Pat from Glasgow, Scotland. She was the first person to contact me to let me know they were passing. This was in May of 1983. She took me to her favourite place (the London Zoo) after I rode to see her on water kelpie in a dream. She told me that she loved me and that she was there for me. About a decade later my father gave me her ashes to do a painting with. Since she was my first after death contact. 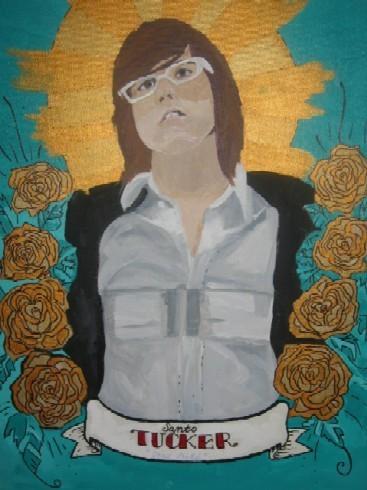 What do you find a portrait like this offers to the grieving?

I think it's a way to memorialize them, to not forget their faces or their eye colour and what they meant to me, I imagine it's the same for my clients, it's a touchstone that literally has their loved one in it.. Heather I had to paint for my own healing. I saved the makeup that I used on her for her funeral viewing. She was buried  not cremated so I used the makeup and antique makeup and embalming products in her painting.
Is the medium difficult to work with?
I donated the mortuary makeup to a museum in Louisville,  Kentucky.  It was from the turn of the century to the 1930's so it was quite toxic. So whilst using it is wore gloves.
As far as cremains themselves, it's most gritty, dust and bone. It mixes in with most mediums.
I have been warned there are some brain diseases that can survive cremation so it is good to handle all biological material with care. Gloves,  masks. Humans are ground a bit finer then say dogs so some paintings are more textured then others.
What would you like done with your remains, and who would you trust to follow through with your wishes? How can you be contacted if someone is interested in commissioning a piece?

I had a will for a long time that willed different tattoos to be preserved and framed for folks but I don't have someone in place to follow out my wishes, I will write that down in my Edward Gorey "what to do when I am dead" book for my survivors.   I am an organ donor so I think I will end up hopefully helping others.

If there was anything left to make a creative use of it would be an honour. Maybe some spooky memento Mori jewelry would be nice.

I can be contacted on Facebook (and all other social media under Angelique X Stacy) or email at angelxstacy@gmail.com 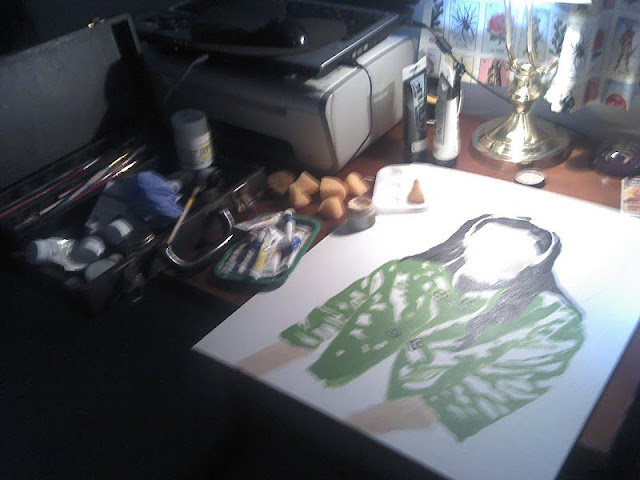 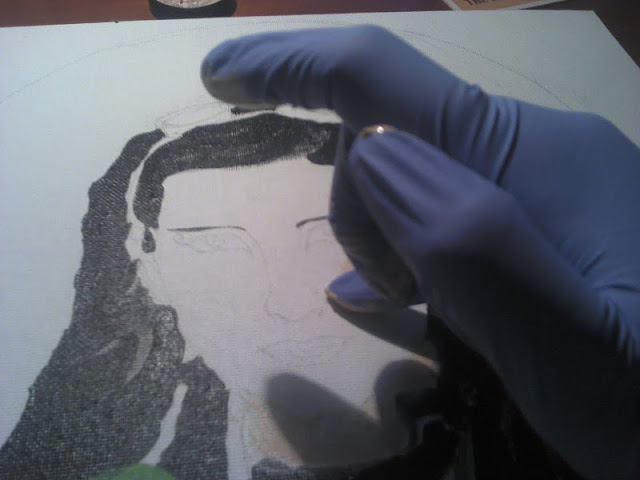 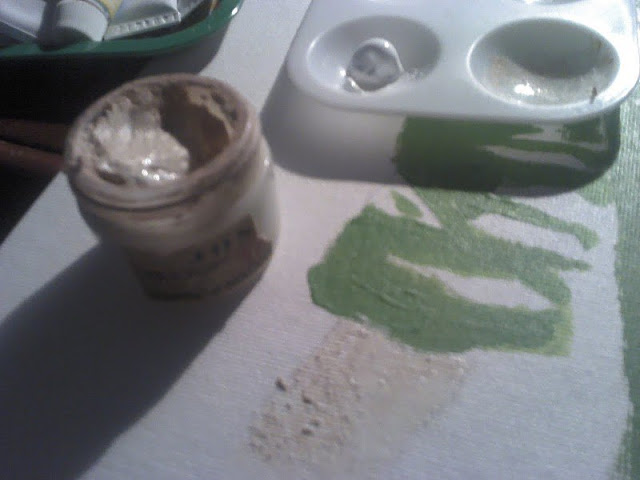